So, if you didn’t read part one, maybe head on over and do so before you read this post.

M had left to find the other sheik he had spoken two. He had made two separate trips to the courthouse to speak to this man about our marriage, and he had agreed to marry us. There shouldn’t have been any issues, but then again this is Saudi Arabia. Things here aren’t as organized and bureaucratic as they are back home.

I don’t speak any Arabic, so I wasn’t completely sure what was going on. Finally after sitting there confused for a while, I asked my brother-in-laws to translate. They explained to me that the Sheik didn’t want to do the marriage because there wasn’t official proof I was a muslim.

Let me tell you guys a little something, converting to Islam is no cake walk. It takes time, dedication, and patience. People will be nasty to you. Your friends and family will judge you and turn their backs on you. People will judge you and be extra nasty to you simply because they disagree with your choice. I wasn’t about to sit there and let this man put me down. So I spoke up.

“Listen here,” I started, “If you don’t want to marry me to this dude, that is SO fine. I don’t care. I will find a way. But don’t you EVER accuse me of not being a Muslim. It’s been almost 3 years now. I’ve lost friends over converting. I’ve lost family over converting. It isn’t a simple thing to change your religion. It’s really hard. So go ahead and say what you want about the marriage but don’t you ever, ever accuse me of being a Muslim, because while I haven’t been Muslim as long as you guys have I am just as Muslim as anyone in this room.”

I don’t even think my brothers-in-law have ever heard me speak more than two sentences so everyone in the room was pretty shocked. They wouldn’t translate what I had said to the Sheik, but I am so sure he knew exactly what I was saying. After I said it he started saying things like “Mashaallah, look at how she dresses. Like a true Muslim,” which really irritated me more than anything because I AM A MUSLIM. I even told him that again. Then he starts in about how he believes that I am a Muslim and he’s so happy that I am but he needs these legal papers blah blah blah…

Meanwhile, there was another dude in the room witnessing everything that was happening. He wasn’t a sheik, but still he was employed by the court. He was really touched by my story and my situation, and he wanted us to get married, so he joined in the marriage process. M came back from talking with the other Sheik, only to inform us that he had been sold out.

Even though M had made two seperate trips to talk to this Sheik, he said that because the other Sheik didn’t want to marry us, he decided to change his mind. A religious man in the courts went back on his word, and that is a shameful thing.

Since he worked in the courthouse, he had connections. And he used those connections to help M and I. 15 minutes later we found ourselves sitting in the main office negotiating our marriage contract with the head of the courts. The best part was this dude even spoke English. We were all really happy that the man helped us and used his connections to get us to where we were, so obviously we would have done anything to repay him. He suggested that we insert something into our marriage contract- M would have to take me to perform hajj. The head judge inserted it into the contract, we signed, and just like that we were married.

As soon as we became married everyone was overcome with joy. The man who had worked so hard to help us ran to the head judge, and kissed him on the forehead, a huge sign on respect in this culture. My sister-in-law was so excited I thought she would have a stroke. Really I am so blessed to get along so well with my sisters-in-law.

M and I went to his car to leave, and his sister decided to ride home with her other brothers instead of us. As crazy as it sounds, that was our first time actually  being alone. I couldn’t stop smiling. We were finally married. 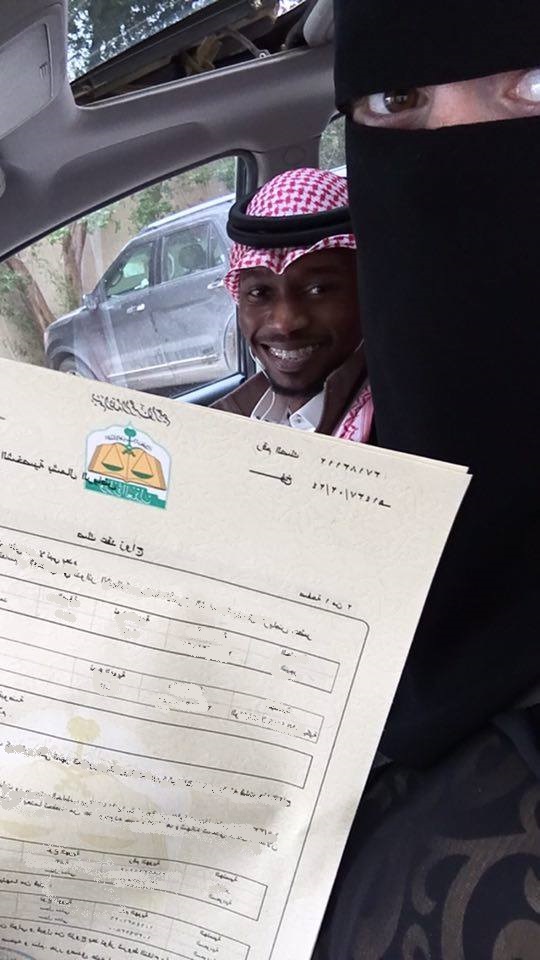 We stopped for some breakfast… lunch… whatever. We didn’t leave the courthouse until it was close till 11AM. By the time we got to the restaurant, everything was closing for prayer, so we got some takeout and ate it at home. We hung out for a bit, and then we actually slept, since we had had such an exciting day. I napped like I was dead.

By the time I had woken up, all his sister were home. They all came to congratulate me, and to inform me that they planned a small, family-only party for us. It was cozy and intimate, and couldn’t have been more perfect. They had dinner and a cake, as well as music and dancing… although I really am not a dancer. My husband is though, and it’s the cutest thing ever. 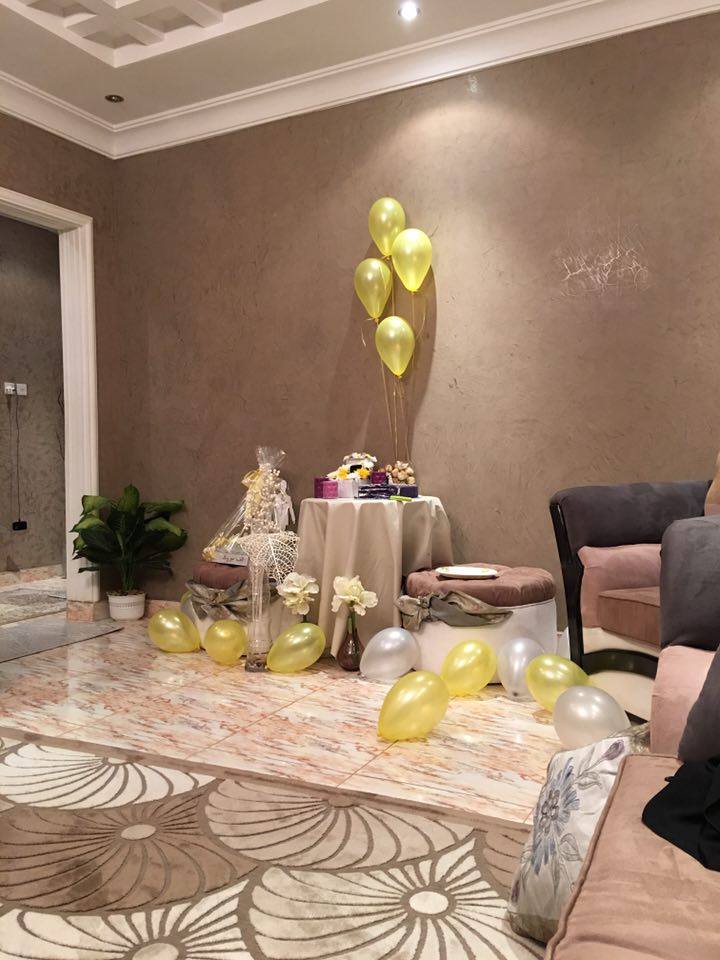 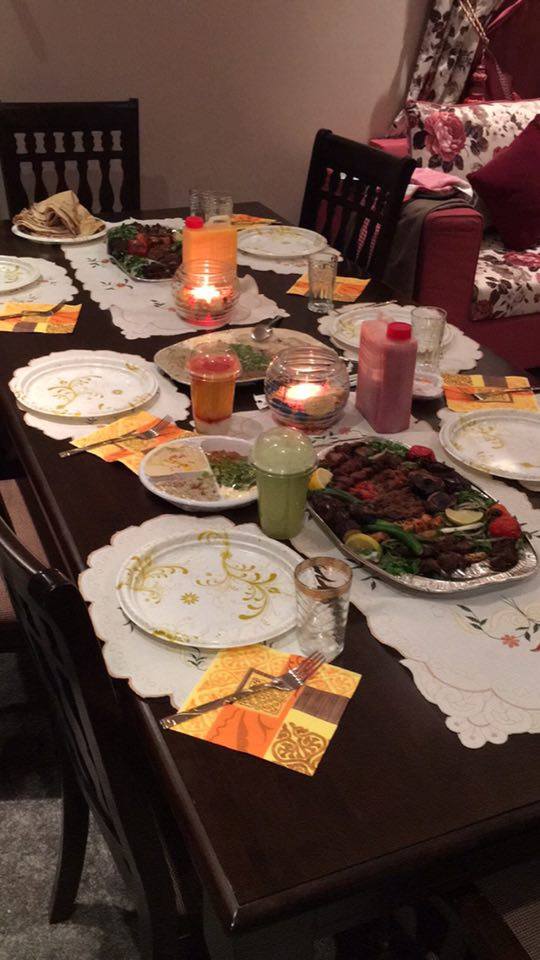 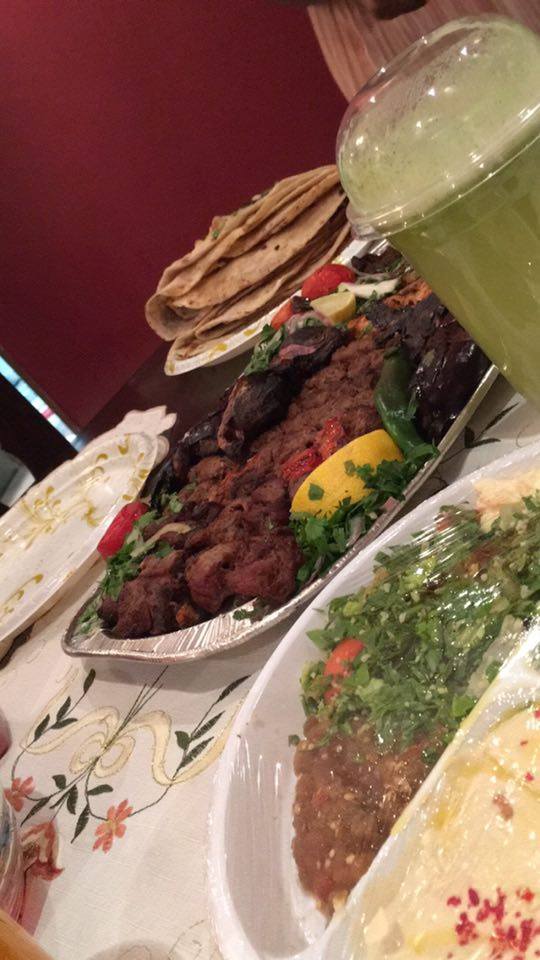 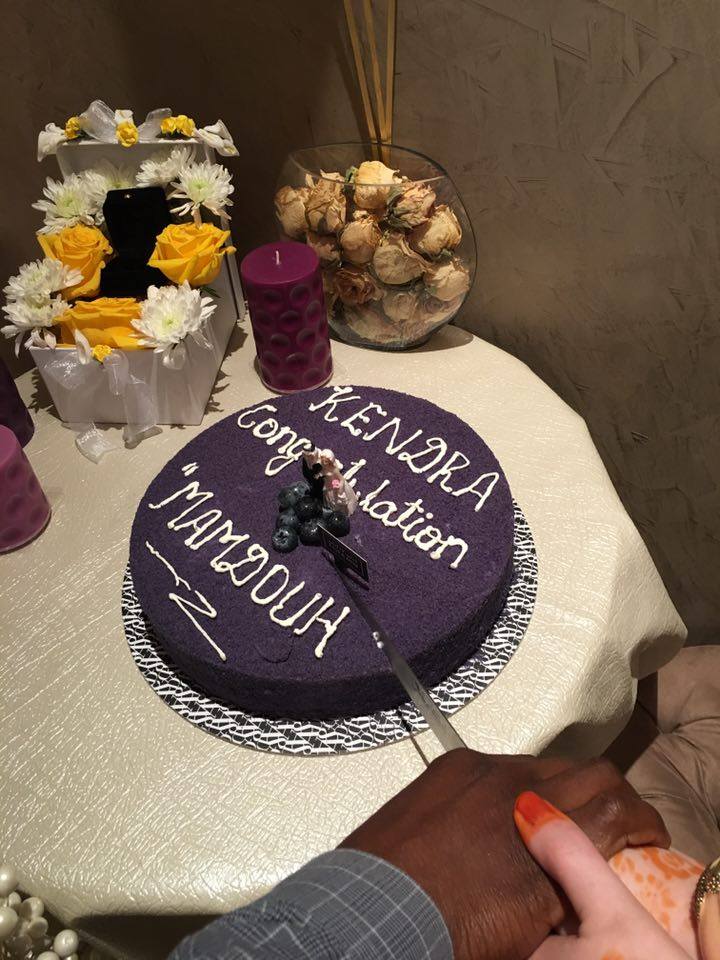 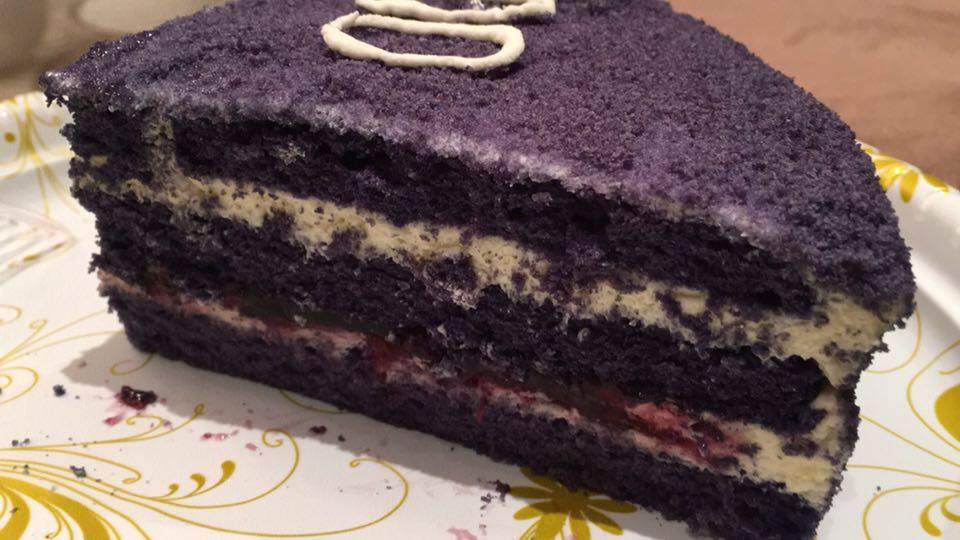 Although it was small and simple, I really think I had the perfect wedding day. Some people have huge, over-the-top weddings and fancy events, but I prefer just staying in with my new family. I seriously don’t think the day could have gone much better. 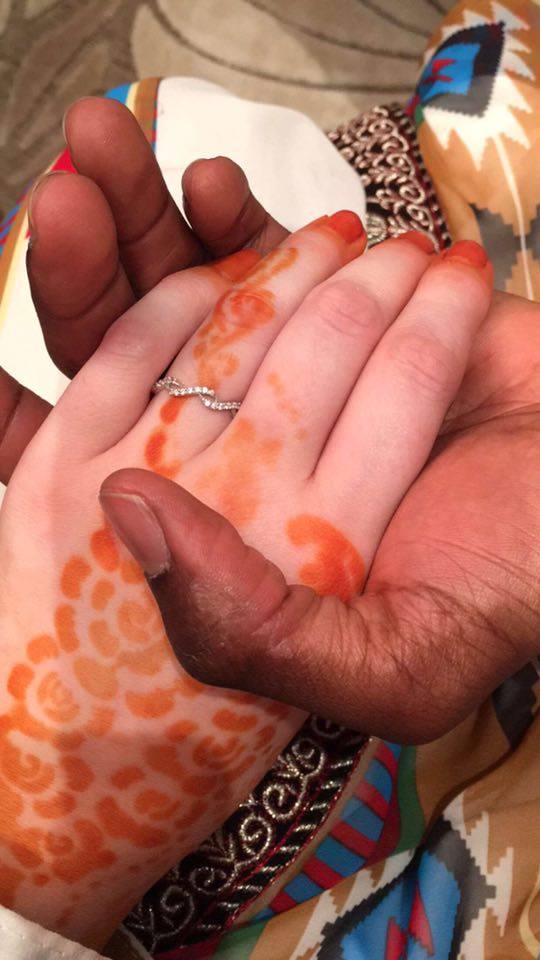